I remember when this website arrived and people went mad with the promise that you could sort yourself into your Hogwarts house. Since then it has been updated and now you get your very own Patronus, Wand and Ilvermorny house!

With being a huge Potterhead myself I thought I would share my results! 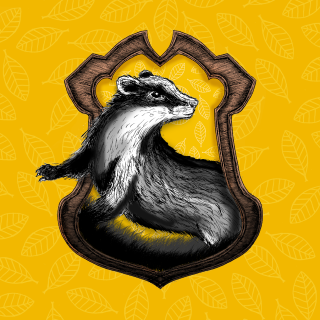 Proud to say I’m a Hufflepuff! Loyal, Patient, Fair, Hard working. Some I agreed with and some I didn’t but my friends were very quick to inform me that I am the embodiment of a Hufflepuff. And with the release of Fantastic Beasts and thanks to Newt Scamander being a Hufflepuff has become pretty cool, although, I have to admit my favourite Hufflepuff is Nymphadora Tonks. 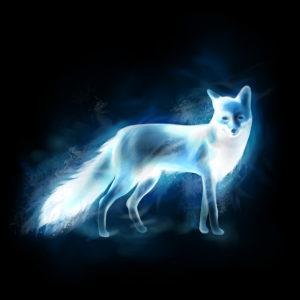 I’m a Fox! A natural trickster and brilliantly charismatic! Not really how I would describe myself but I’ll put my Faith in J K Rowling that she knows better than I do.

Not quite the same as Harry’s wand but still a Phoenix feather core! The below description is from Pottermore:

This jet-black wand wood has an impressive appearance and reputation, being highly suited to all manner of combative magic, and to Transfiguration. Ebony is happiest in the hand of those with the courage to be themselves. Frequently non-conformist, highly individual or comfortable with the status of outsider, ebony wand owners have been found both among the ranks of the Order of the Phoenix and among the Death Eaters. In my experience the ebony wand’s perfect match is one who will hold fast to his or her beliefs, no matter what the external pressure, and will not be swayed lightly from their purpose.

I’m a Thunderbird. After doing a bit of research I found that Hufflepuff and Thunderbird were quite a common match even with the traits being quite different. Thunderbird’s favour adventure though and this is definitely a trait I possess.

OK, so that’s me! Have you all been sorted on Pottermore and if so what were your results and do you agree with them?