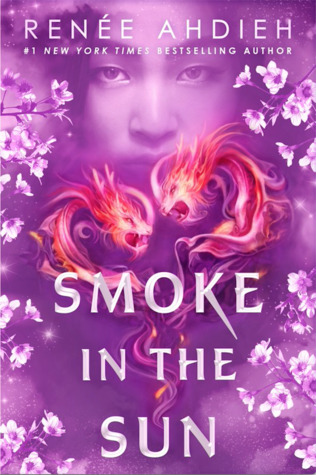 After Okami is captured in the Jukai forest, Mariko has no choice – to rescue him, she must return to Inako and face the dangers that have been waiting for her in the Heian Castle. She tricks her brother, Kenshin, and betrothed, Raiden, into thinking she was being held by the Black Clan against her will, playing the part of the dutiful bride-to-be to infiltrate the emperor’s ranks and uncover the truth behind the betrayal that almost left her dead.

With the wedding plans already underway, Mariko pretends to be consumed with her upcoming nuptials, all the while using her royal standing to peel back the layers of lies and deception surrounding the imperial court. But each secret she unfurls gives way to the next, ensnaring Mariko and Okami in a political scheme that threatens their honor, their love and very the safety of the empire.

This Fantasy novel is the sequel to Flame in the Mist by Renee Ahdieh whose other novels include The Rose and the Dagger and the Wrath and the Dawn.

After reading Ahdieh’s other books and being sucked into Flame in the Mist I couldn’t wait for this book to be released. The premise reminded me of Mulan, which is one of my favourite Disney films. However, for me this book just didn’t compare to the first in the series. I felt the middle of the book dragged, and I just found myself loosing interest, and the ending felt incredibly rushed. There were parts of the book I enjoyed, for example when Mariko was sneaking into the prison to visit Okami and when she defied tradition at the wedding.

Ahdieh writes a fantastic female lead in Mariko, shes strong and able to look after herself on the battlefirld and in the political web that is the Palace. Okami is another favourite of mine, a boy who feels he is not worth the love Mariko feels for him and yet is the most worthy character in the whole series. The Antagonist in the series seems fairly obvious as the emperor, however, there are a few twists and turns that make you not sure who the real enemy is.

The book is extremely well written is Ahdieh’s lyrical style which you will recognise from her previous novels, her descriptions are beautiful, whether they are characters emotions of a description of a place you feel as though you are there in the novel and feeling what they are feeling.

This is a 3.5/5 for me, it just didn’t live up to the potential of the first novel. Although i would still recommend as the series in itself is beautifully written and a truly great love story.